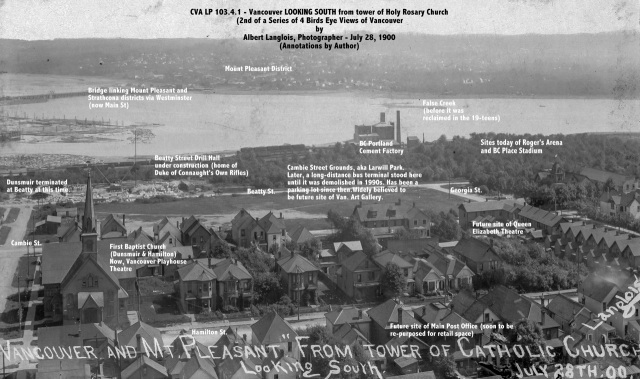 This is the second in the series of four Vancouver Bird’s Eye Views made by Albert Langlois in the summer of 1900. In this one, his camera is pointing south (I would say “southeast”), looking towards such interesting sites as the Beatty Street Drill Hall (then under construction), the Cambie Street Grounds, and First Baptist Church in its first formal site (before pulling up stakes in 1910 to move into the more trendy/wealthy West End neighbourhood where it stands today). The annotations are mine. To see the original, unannotated version, go to CVA online.