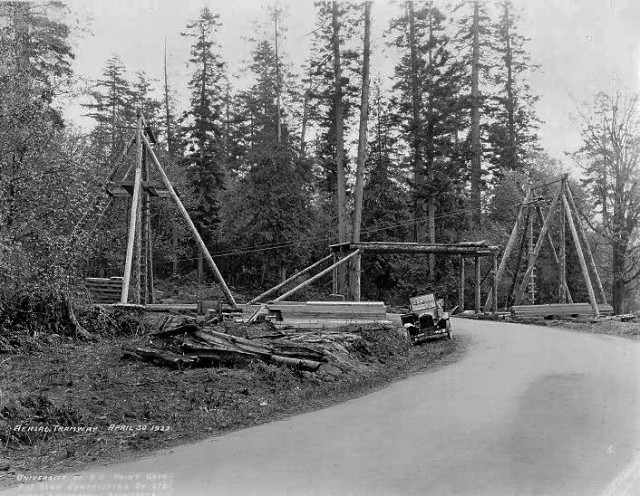 When I first saw this image, my initial thought was “Gee, did they build a ‘zip line’ at the Point Grey campus as early as 1923?”. Then common sense kicked in.

There was precious little development at Point Grey, then. The only building that was even partially constructed was the Science building. It seems doubtful that a ‘zip line’ would have been a priority, assuming that such a thing was technologically feasible at the time.

So what was the aerial tramway for? A web page regarding the building of Main Library explains:

“Designed by the architectural firm of Sharp and Thompson the Library was one of the three original permanent buildings on the Point Grey campus. The granite facing stones for the Library were quarried on Nelson Island in Pender Harbour and carried by barge to the foot of the Point Grey cliffs. A temporary aerial tramway and light railway system carried then carried them to the building site.”

The following images make this a bit clearer: 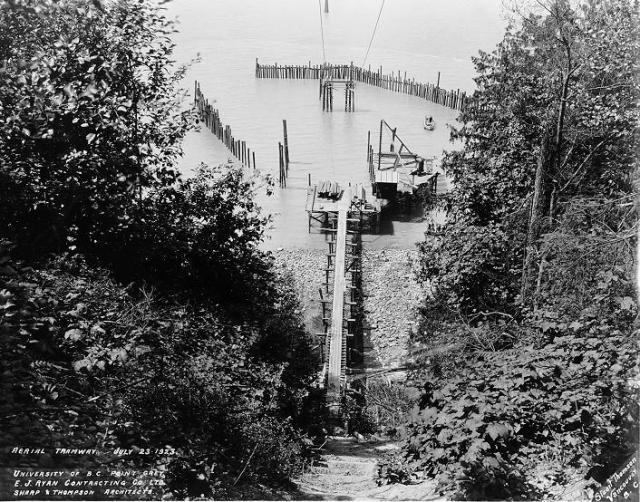 The foot of the Point Grey cliffs where granite from Nelson Island was deposited. It was then hoisted onto ‘cars’ that were attached to the aerial tramway up to the flat lands that constitute the UBC campus above. UBC 1.1./1818. 1923. Stuart Thomson. 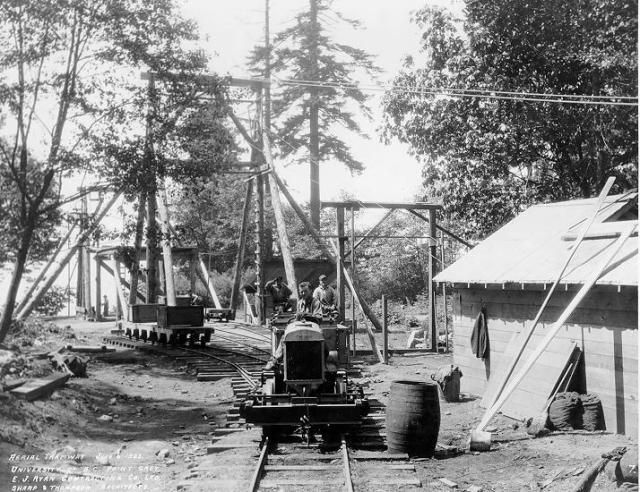 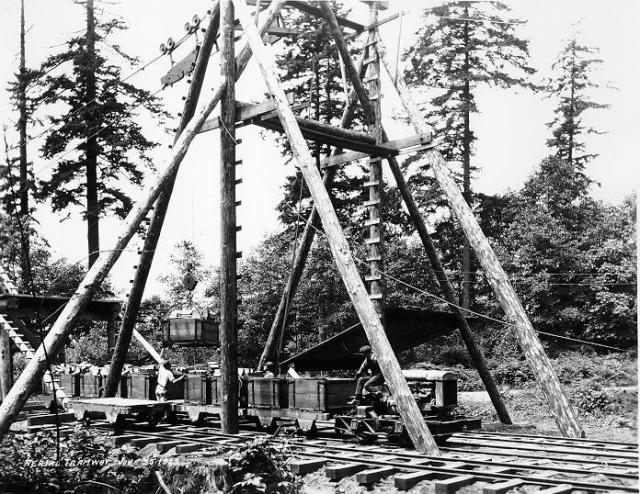 The cars full of granite stones were loaded onto waiting trains which carried them to the building sites. UBC 1.1/1813. 1923. Stuart Thomson.

But where was this tramway located? I’m not absolutely certain, but it looks to me as though the tramway descended from Marine Drive down the cliff face where today there are the steps down to clothing-optional Wreck Beach.

What caused me to reach this conclusion? The panorama image below (and others that are similar).

The railway track appears to have been just to the right of the original power plant, identifiable from its distinctive tower (the original plant was demolished in 2016). UBC 1.1/1800. 1925. Stuart Thomson.

I suspect that where the track was located (above) is where Agricultural Road is today and which, if one follows it towards Marine Drive (through the trees shown in the panorama), leads one to the vicinity of Wreck Beach. (This conclusion has been confirmed by an image supplied by UBC Library; see comments below).

2 Responses to ‘Zip Line’ to Wreck Beach for Construction of Early UBC Buildings?