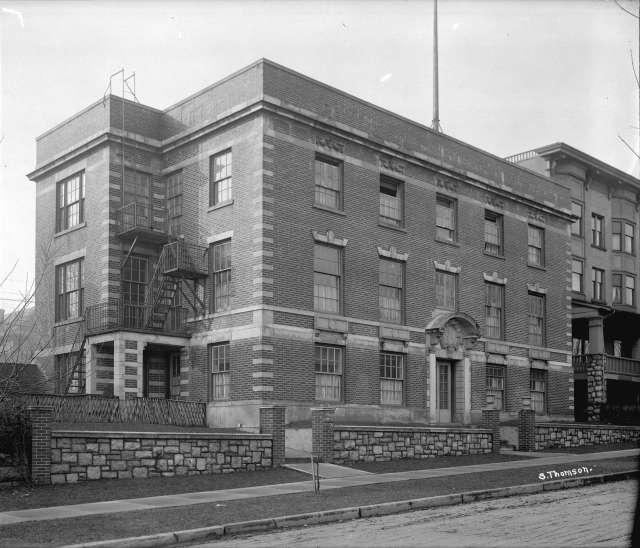 The children’s hospital shown above was the Infants’ Department of Vancouver General Hospital. It was at this location from about 1917 until about 1950. (For a couple of years prior to 1917, there was something called The City Creche at 1152/1154 Haro. I have no idea what this was.)

I assume the reason the Infants’ Department was located here – quite distant from the main campus of VGH in Fairview – was due to space limits. The Fairview site was, until 1925, sharing space with UBC. The Eburne Annex was probably situated in Marpole (across from the Marpole Interurban station – the Marpole Loop, today) for a related reason.

I have stumbled across this entry (while seeking something else) in J. S. Matthews’ Early Vancouver (Volume 7, p.149; Matthews was the City of Vancouver’s first archivist), where he comments on the early VGH (incorporated 1902). After detailing the capacity of the Fairview campus, he remarks:

In addition, there was the Maternity institution in a separate building somewhere up towards Burrard Street. Beginner nurses trained there. I do not know how many beds.

I suspect it was the Haro Street building to which Matthews was referring.

Centre Plaza (at 1160 Haro St). 1154 Haro is adjacent to this residential tower and is today a parking garage servicing the residents of the tower. 2017. Author’s photo.