Turn On Your Headlights for Car Service 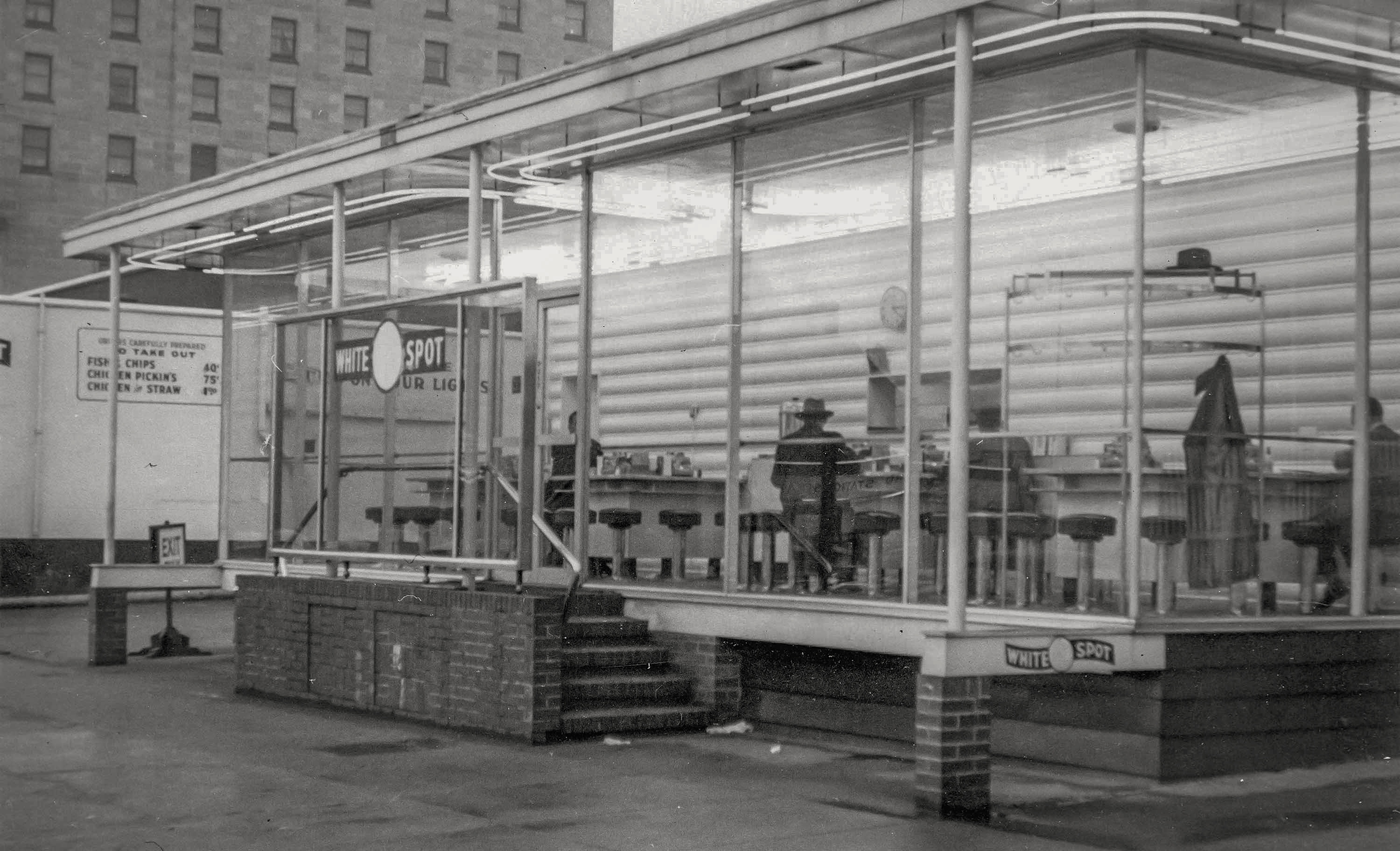 This is an unusual photo.

I’ve seen other photos taken from Smithe or thereabouts on Burrard Street (such as the one that appears below) with the White Spot neon signage displayed. But this is the only image I’ve seen of the actual lunch counter and parking lot where folks could switch on their headlights and receive ‘car service’.

This outlet of the now-ubiquitous restaurant chain seemed to have been located at 850 Burrard Street (near to where the Italian Kitchen is today). The image above was taken with the camera facing northeast (you can make out the Hotel Vancouver in the background).

The photo was made by Werner Lenggenhager (1899-1988), who, according to CVA’s very brief bio, was a Seattle man who once worked for Boeing. The photo bears the marks of a non-resident. It just isn’t the sort of shot which most Vancouverites in the 1950s would have taken the trouble to make.

This link shows Jack Cullen (and occasionally with his wife and also with his cigarette!) doing ads for White Spots and other businesses for KVOS Bellingham (now a station of Me-TV).

This entry was posted in cafes/restaurants/eateries, Werner Lenggenhager and tagged bc, bc hydro, burrard, Elektra, history, smithe, vancouver, White Spot. Bookmark the permalink.

11 Responses to Turn On Your Headlights for Car Service