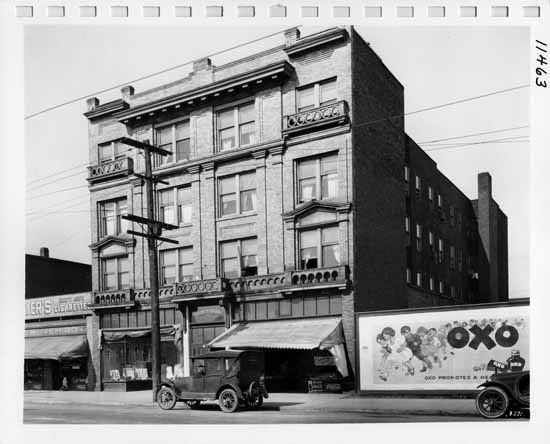 Toronto House apartments had been around for about a decade when photographer Stuart Thomson made the Vancouver Public Library image above. It later became the Astoria Hotel. The apartment block was built in 1912 for owner R. A. Wallace and was designed by architects Hugh Braunton and John Liebert. Toronto House was built at the peak of Vancouver’s boom and, according to Don Luxton, ed.’s Building the West, in addition to Toronto/Astoria they were successful in obtaining the commission for Irwinton Apartments (777 Burrard), still standing. The Standard Trust and Industrial Building (570 Seymour) is another block still standing that was designed by B&L in 1913 (also known as the Rexmere Rooms block with a slightly different address and separate entry at 568 Seymour). Braunton and Liebert both left Vancouver by 1914 (after working here as partners for just a few, but architecturally prolific, years); apparently, they moved to El Paso, Texas and later to California. 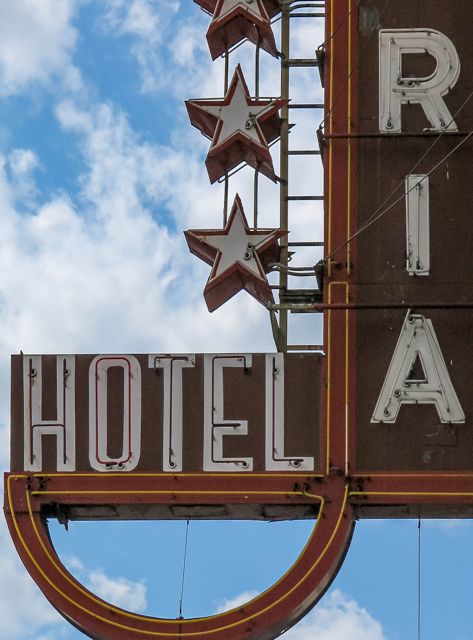